According to Russian media, early November 2013, the Myanmar armed forces has signed a contract to buy 4 system of air defense missile midrange KaiShan 1A (also known as KS-1A), export variant of the Hongqi-10 (HQ-12) of China, to equip a regiment of air defence. With this agreement, Myanmar has become the first foreign country to use anti-aircraft missile system KS-1A. Lot is expected, the rockets will be delivered to Myanmar in June this year.

The China News , China recently has the article explain why Myanmar again choose rocket HQ-12. The following are the reasons for which the China News :

The ability to attack multiple targets

HQ-12 advent system to replace the HQ-2 missiles obsolete. Seen from the outside, can see discarded HQ-12 difference was not large in comparison to rocket HQ-2, equipped with a new radar.

Reliance on any information published at the Zhuhai airshow, this radar has the ability to attack multiple targets, which can simultaneously track 10 targets and guide the missile attack which targets 3.

Rocket HQ-12 using the Launcher in use are relatively common in the Navy’s air defense missile, but he at least found in land-based missiles. In comparison with the HQ-2 missile launchers, HQ-12 was simplified. HQ-12 solid-fuel engines, with a range of 5-50 miles.
Affordability

At present, Europe and America do not care for medium-range air defense missiles, and Russia still have large product quantities may provide but the price is equivalent to expensive, so the selection of medium-range anti-aircraft missiles for the country with tight defense budget on the international market is very limited. Therefore, the HQ-12 in line with the developing countries like Myanmar due to relatively cheap.

Besides, Myanmar has border with China’s Yunnan province to hand over the equipment or the supply component parts may be made directly on the Mainland without chain shipping on the sea.

Could shoot down American aircraft

As a developing country, while the area of Myanmar wide but the location need not much defense. So, the HQ-12 if equipped for the military of Myanmar will mostly assume the ground mission.

If the Western powers to attack Myanmar, attacks can come from the East and the city of Yangon. Meanwhile, rocket HQ-12 deployed in any one location in the outskirts of downtown Yangon is able to cover the city’s airspace.

The current capital of Naypyidaw is Myanmar in Mandalay, are surrounded by forested mountains, the eastern front was the high mountain ranges, if missiles HQ-12 on the mountain in the East can also protect the city.

But the two fighters 4 generations of America’s F-16 and F/A-18 has advantages and strong operational capacity but can not afford basis.So, with the ability to search and jamming of missile and radar system HQ-12 can easily strike the American plane.

Currently, unmanned aircraft in service with the US Army reconnaissance capability, however, is very strong and capable of certain attacks but most of them are incapable of stealth, meanwhile, slow speed and poor maneuverability made it very vulnerable to anti-aircraft missile as rockets the HQ-12 shot down.

For the reasons above, the China News concluded HQ-12 is a perfect system for Myanamar. 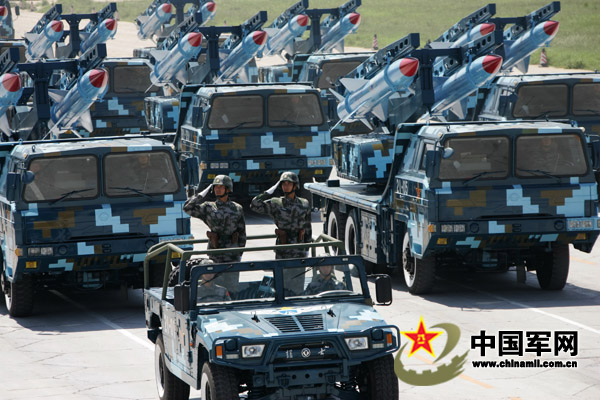 it is a good buy for Burma
You must log in or register to reply here.